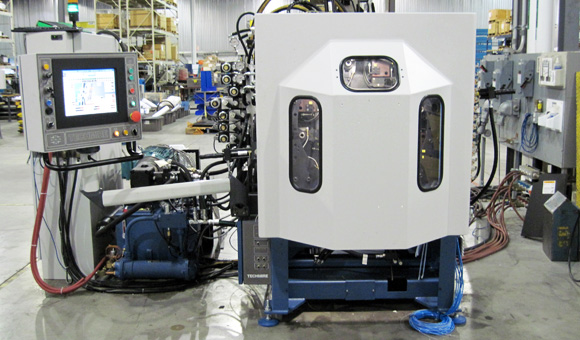 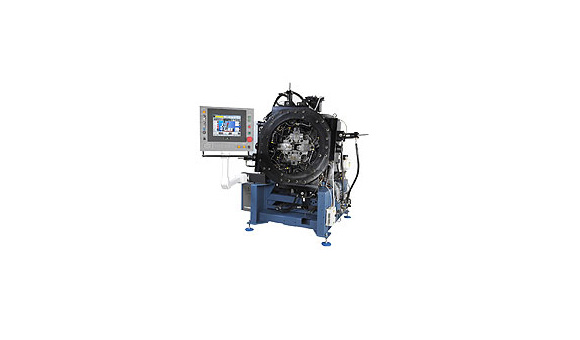 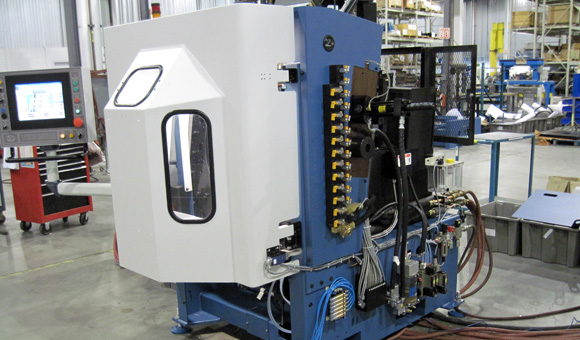 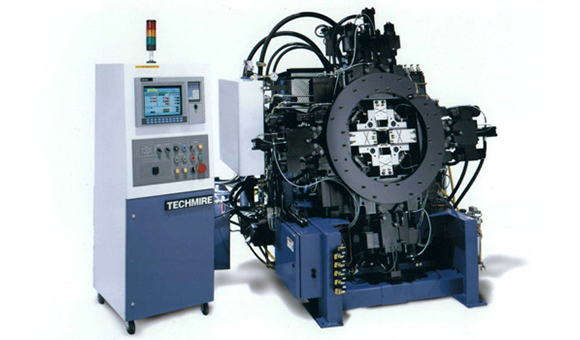 The 44 NTX toggle mechanisms are mounted on massive toggle brackets, which are bolted to the platen of the machine. On the opposite side from the table, the four toggle brackets are joined together by a heavy ring. The resulting assembly is extremely rigid. Deflection under load is minimal.

The 44 NTX machine is capableof reaching a dry cycle speed of 3,600 cycles per hour and accepts tooling designed for Techmire 44NT and 44H series machines.